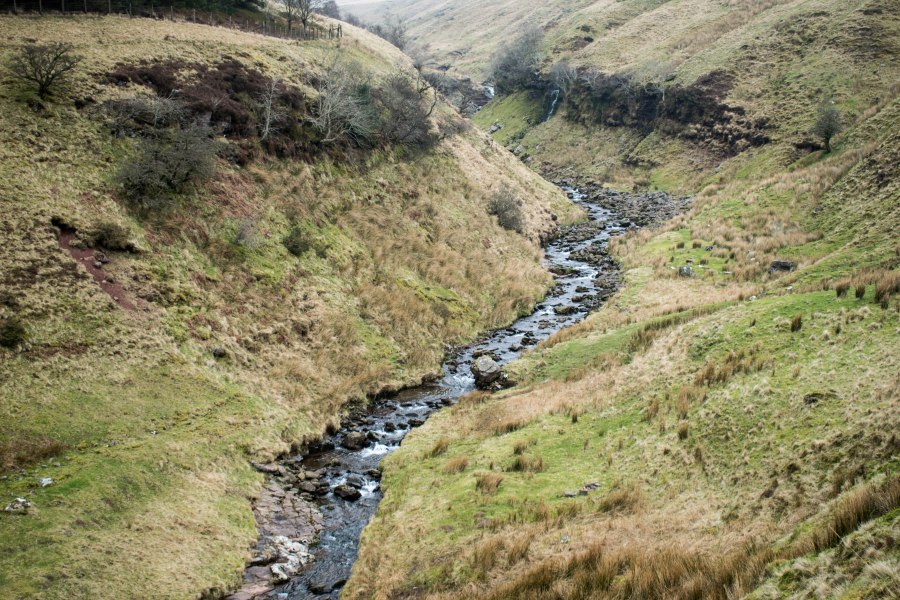 If there’s one thing spring stands for it’s new beginnings in all forms. New life, fresh starts and, most importantly, new adventures.

Earlier this month we ventured out on a spring morning to the Brecon Beacons. Pen y Fan was our destination and our goal was to reach the top and see some stunning Welsh countryside. I don’t think Pen y Fan got the memo though. The weather forecast predicted fog up until 10:00. ‘Perfect!’ I thought. ‘By the time we reach the top it will be just burning off and I’ll get some beautiful photos.’

The fog seemed to grow denser and denser as we approached the mountain. And as we began to climb it, people on the way down were descending with damp hair hanging limply around their shoulders. The further up we went, the less there was to see. Perhaps there wouldn’t be many photographs today!

Despite the poor visibility, which made it really hard to even find the way at times, the fog did add a sense of mystery. Daffodils may well have fully bloomed in the city centres, but spring moves at its own pace on the mountain. The grey weather and muted tones of the surroundings retained a much wintrier feel. Pen y Fan didn’t cast any doubt about who was boss here.

If you’re thinking of visiting Pen y Fan yourself, here are a few helpful tips.

The Brecon Beacons are regularly used by the British Armed Forces as a training ground, so as you can imagine the terrain here is challenging. There are several routes to take up the mountain, with a very clearly marked trail leading from the car park. The trail is not too difficult to follow and while the gradient is not extremely steep, the incline is consistent and unrelenting for most of the way up. You need at least a reasonable level of fitness and no major mobility issues to make it to the top.

It’s easy to get to the mountain with a car. There is a car park just off the A470 and the drive will take about 45 minutes from Cardiff. Keep your eyes peeled for a sign saying ‘Pont ar Daf’ – that’s your cue to turn into the car park. The sign will be on your left pointing right if you approach from the south.

It’s worth getting there early or a little later to beat the crowds. The car park can get very busy at weekends and you may end up having to park on a grass verge on the side of the road or in a nearby lay-by.

Instagraming my adventures large and small!